I recently treated myself to a much-recommended Logitech Create keyboard case for my 9.7” iPad Pro. My usual setup is a separate leather case/stand, and an Apple Magic Keyboard, but there’s one issue there: it’s not really a viable in-lap typing solution. I wanted an all-in-one option that’s stable in my lap, with good keyboard action. The Create seems to be it.

It’s worth noting that there’s also a Create for the 12.9” iPad Pro, but it’s completely different. Metal case, lip around the keys, different design. I’ve seen Amazon reviews about the larger version leaving a line on the iPad’s screen, which isn’t good. That doesn’t apply to the smaller one. Here’s what mine looks like. 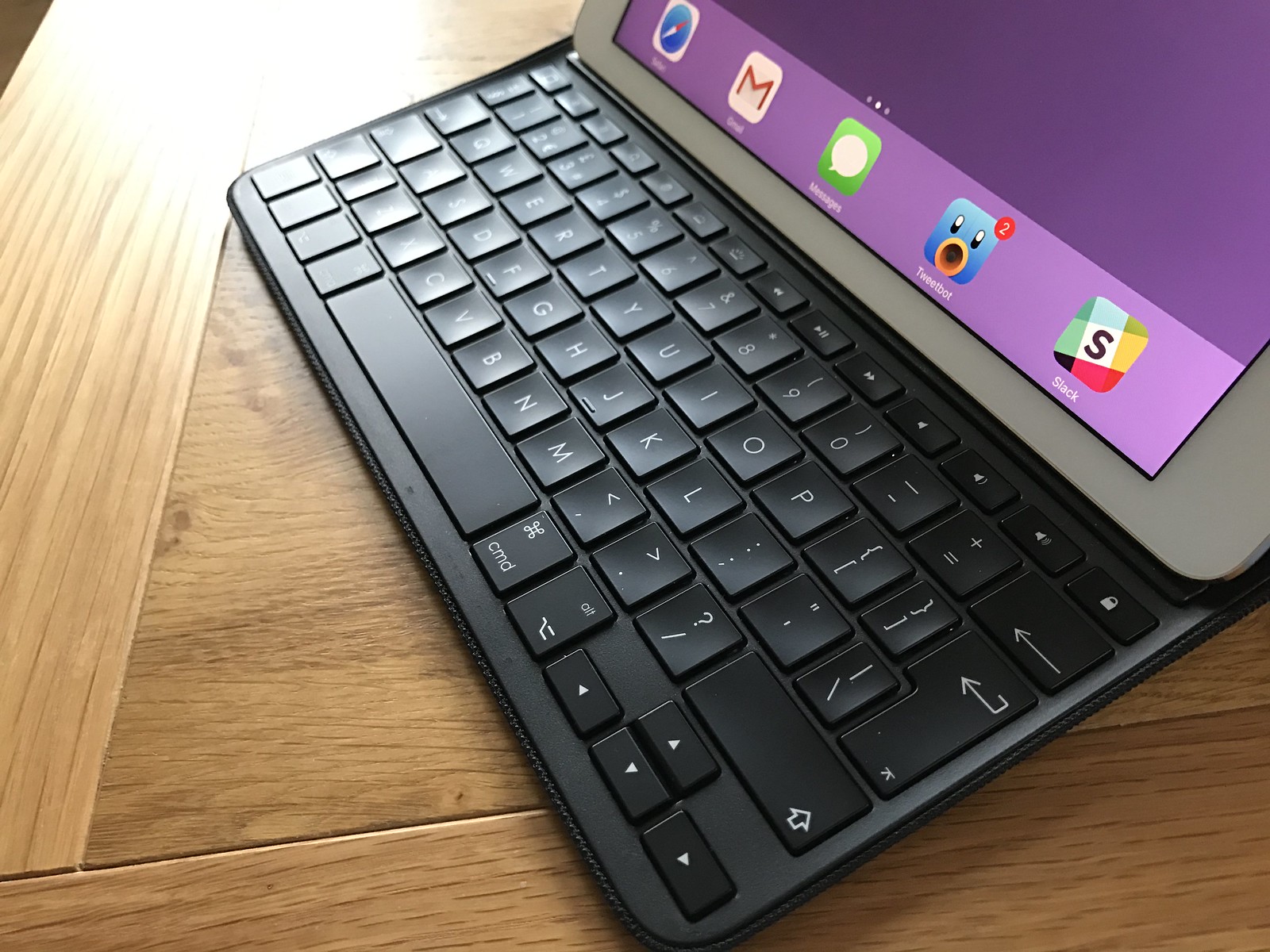 Comparing Amazon prices, it’s also 50% cheaper than the Smart Keyboard right now. Here are a few potential downsides, depending on your preferences.

It’s a really nice piece of kit. I’m a fan of Logitech’s various keyboard products, and this one continues the trend. If you’re looking for a keyboard case for the 9.7” iPad Pro — and it will only work with the Pro, because it has a Smart Connector — I can certainly recommend this one.

In closing, here’s a video of me opening the case (check out the definitive CHONK when the magnets grab the iPad and pull it onto the Smart Connector, then the backlight goes on briefly to acknowledge the connection), and here’s a video of me closing it too (again, magnets clunk the case closed, and also auto-lock the iPad).