My wife surprised me with a new 10.5” iPad Pro for my birthday, and I thought I’d share some photos and brief thoughts about it after a few hours of playing around. Note also that I’m thus selling my beloved and nearly-new 9.7” iPad Pro, and you should buy it!

The first thing that struck me about the 10.5” model is how thin the bezels along the longest sides are. 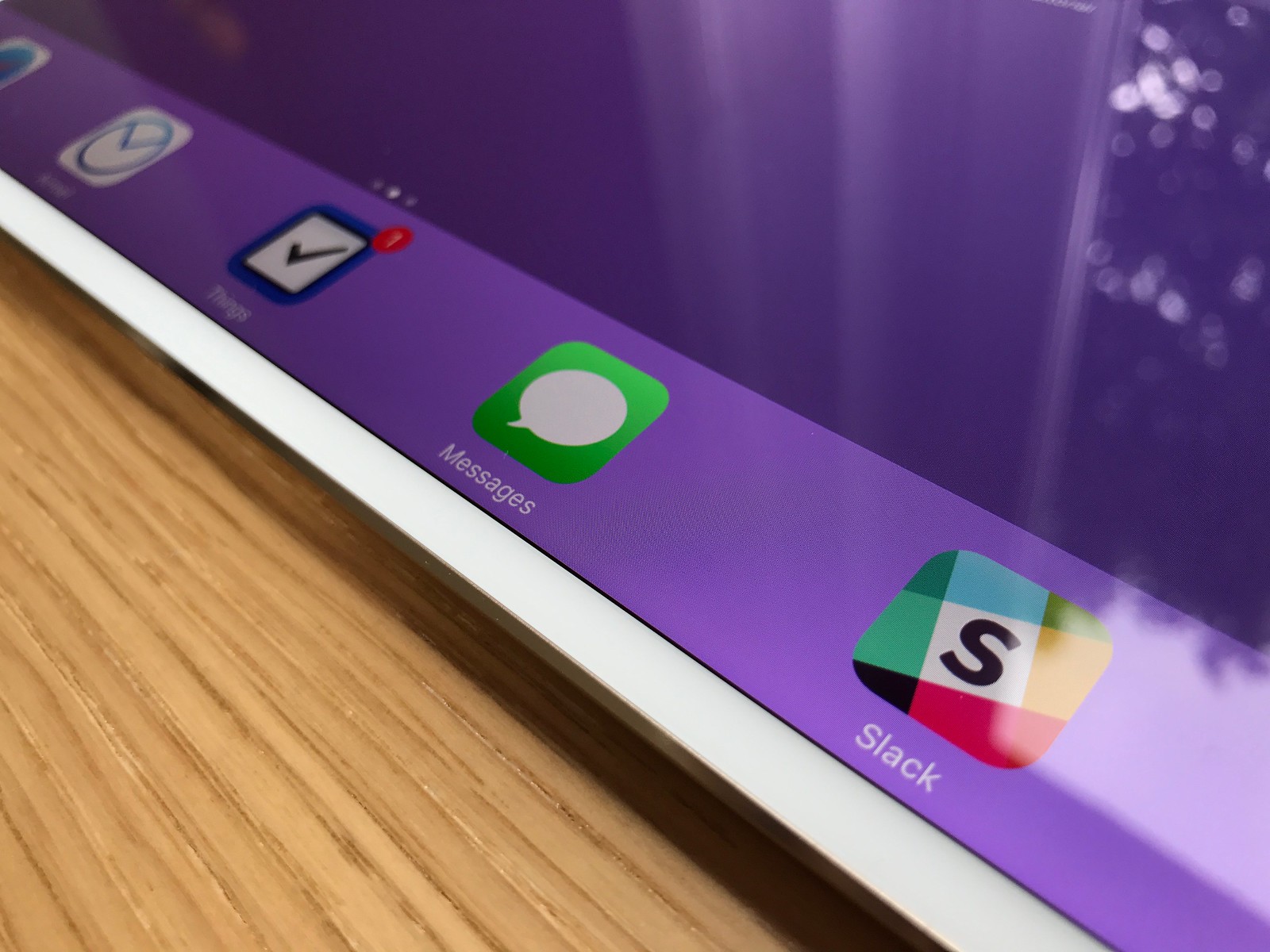 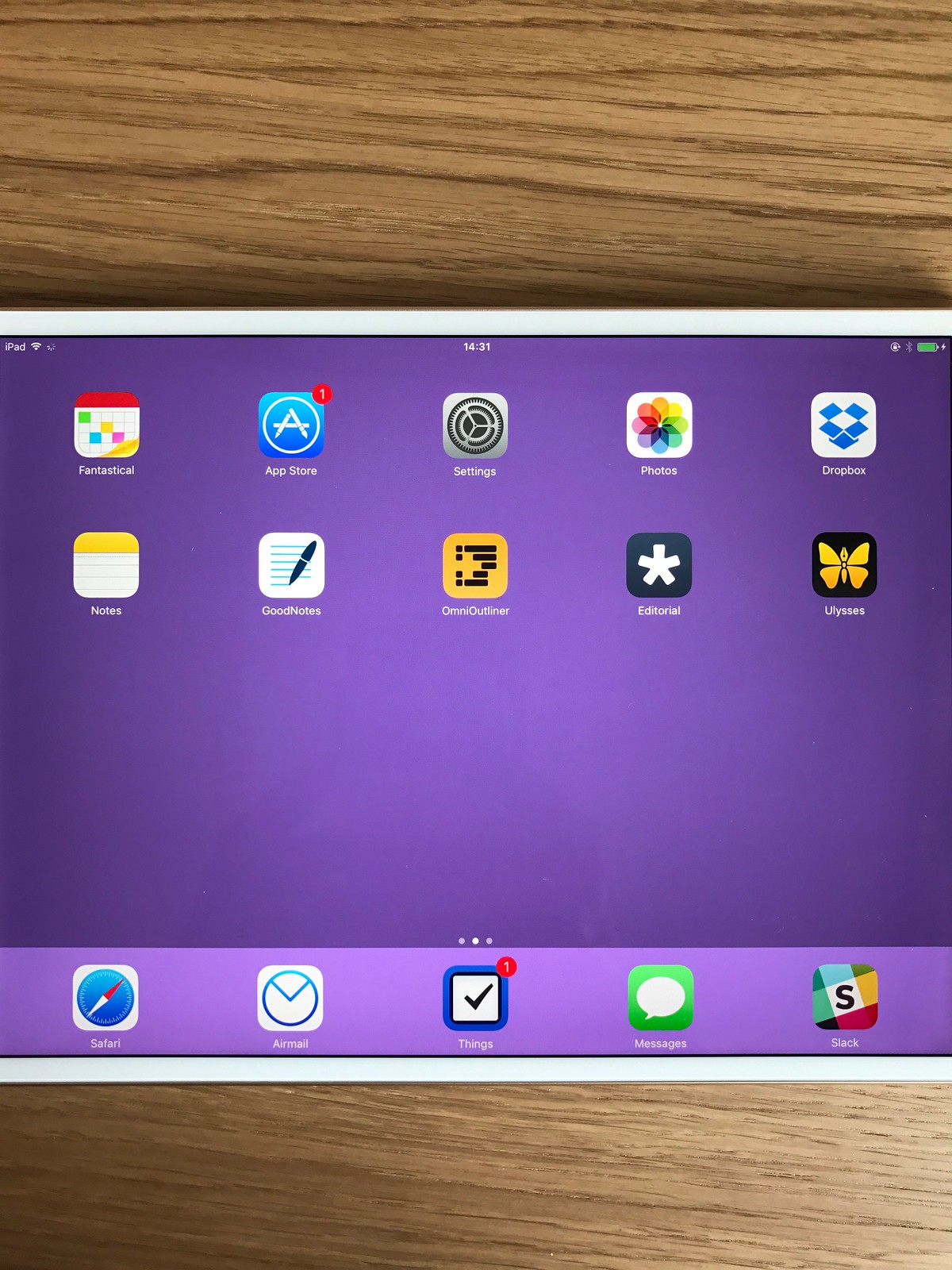 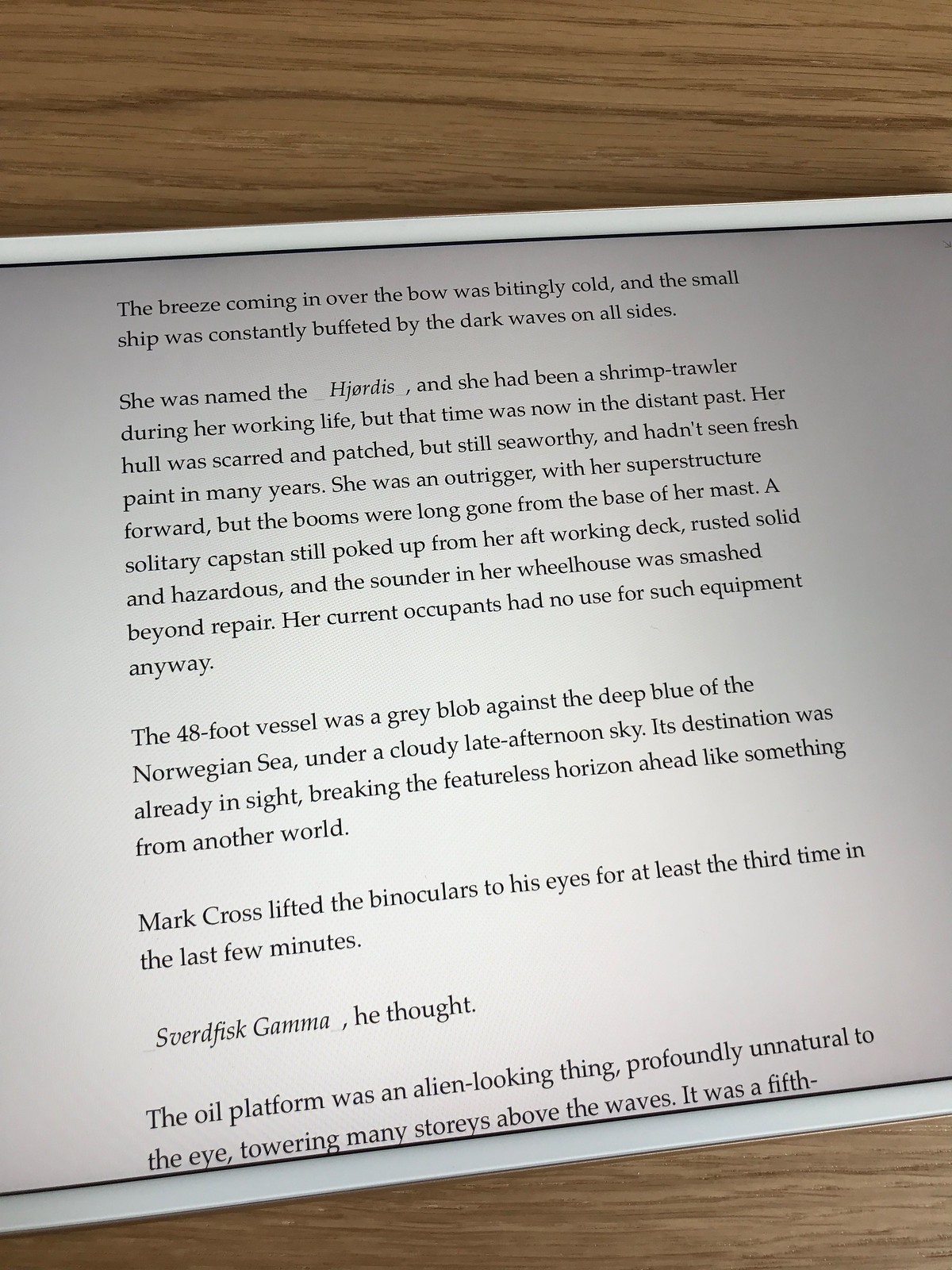 The next thing I saw was that ProMotion — the 120Hz adaptive screen-refresh rate — is absolutely noticeable, and has a slightly eerie feel to it at first, like it’s a pre-rendered special effect rather than being live. It’s quite something. Here’s a YouTube video showing side-by-side scrolling on the 10.5” and 9.7” iPad Pro models. Relatedly, the reduced latency when drawing with an Apple Pencil is immediately apparent when using the device.

Oh, and the box cover art is back! 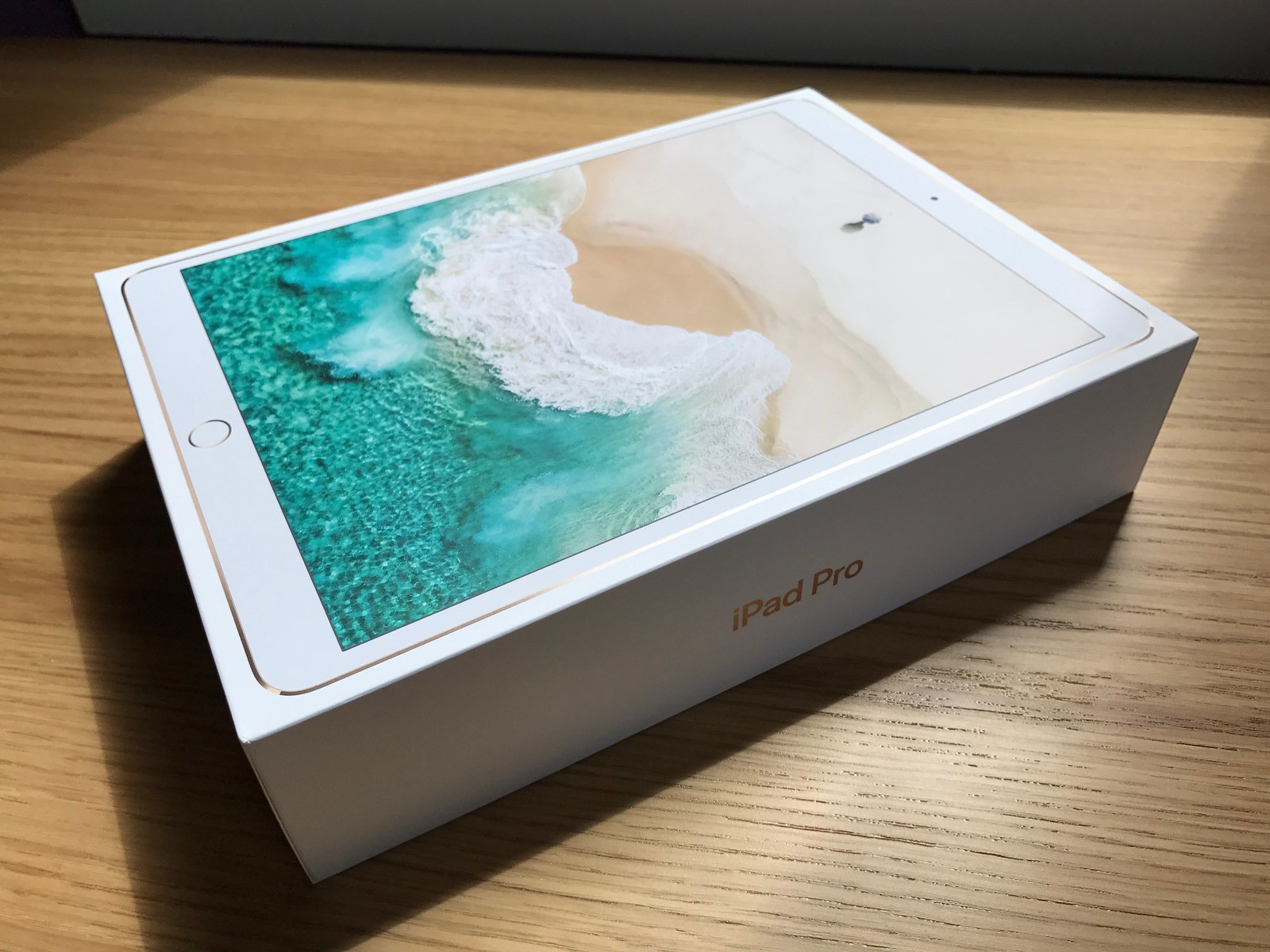 Despite the size difference from the 9.7”, the boxes are very similar in dimensions. Even less wasted space. 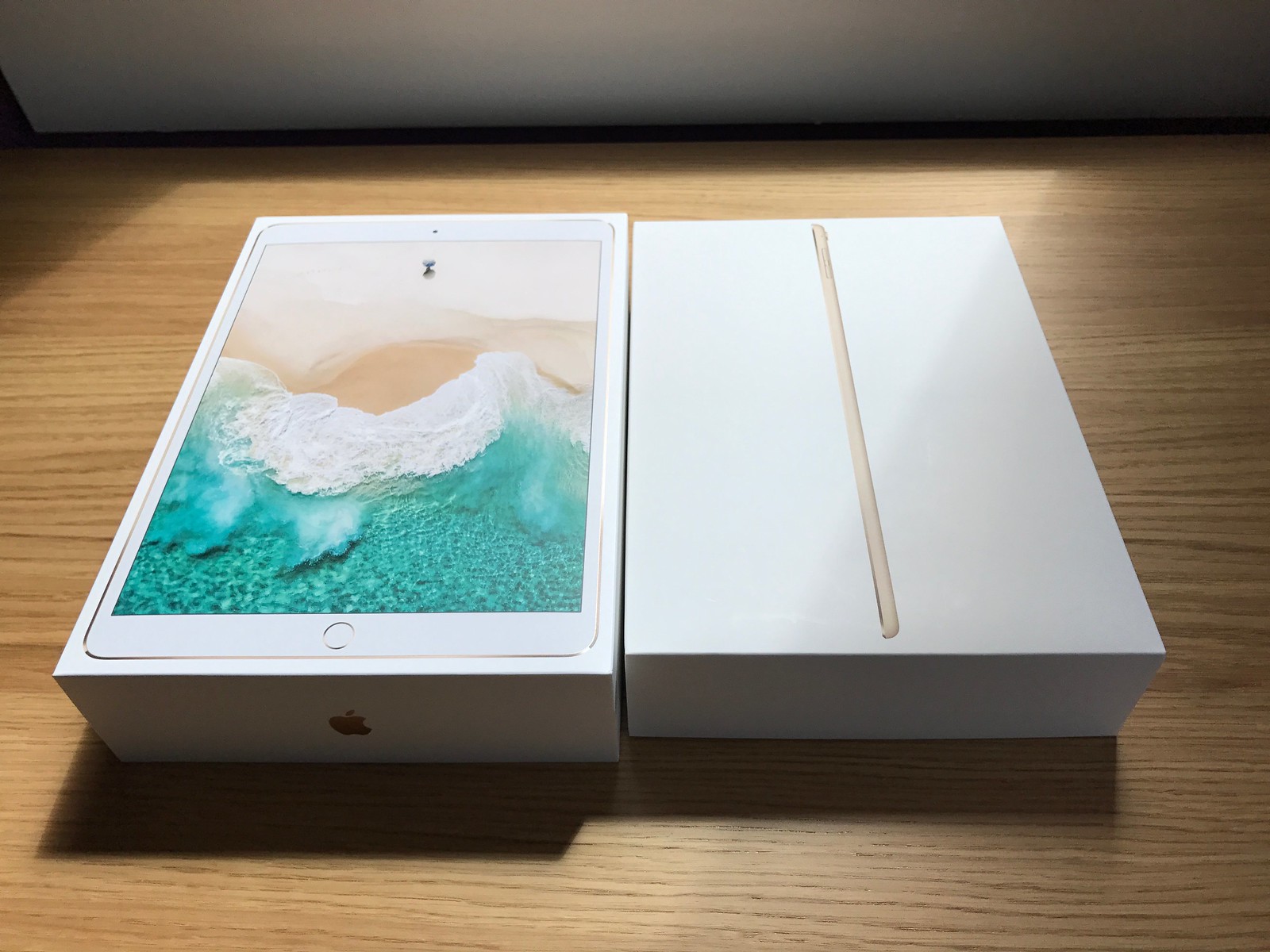 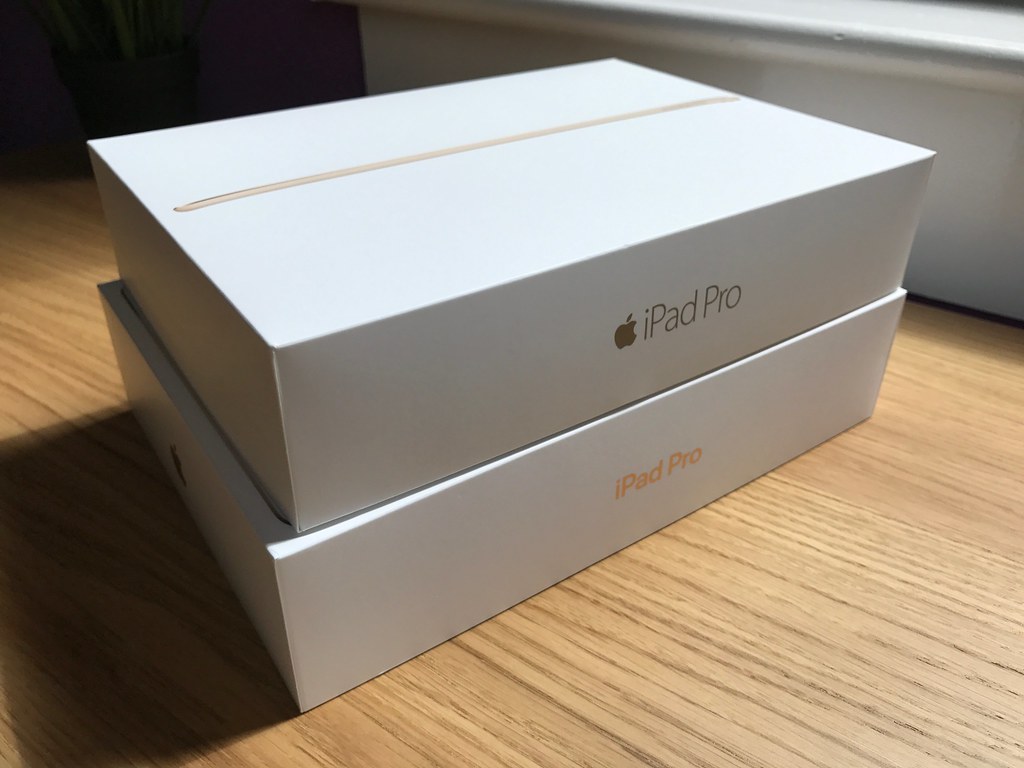 The boxes for the UK models tend to be a bit thicker than elsewhere, since we have comparatively large plugs.

Whilst not dramatic, it’s immediately obvious that the 10.5” iPad is appreciably larger. What’s only really apparent with them side by side, though, is that all the bezels on the newer machine are smaller than before; not just those along the longest sides. 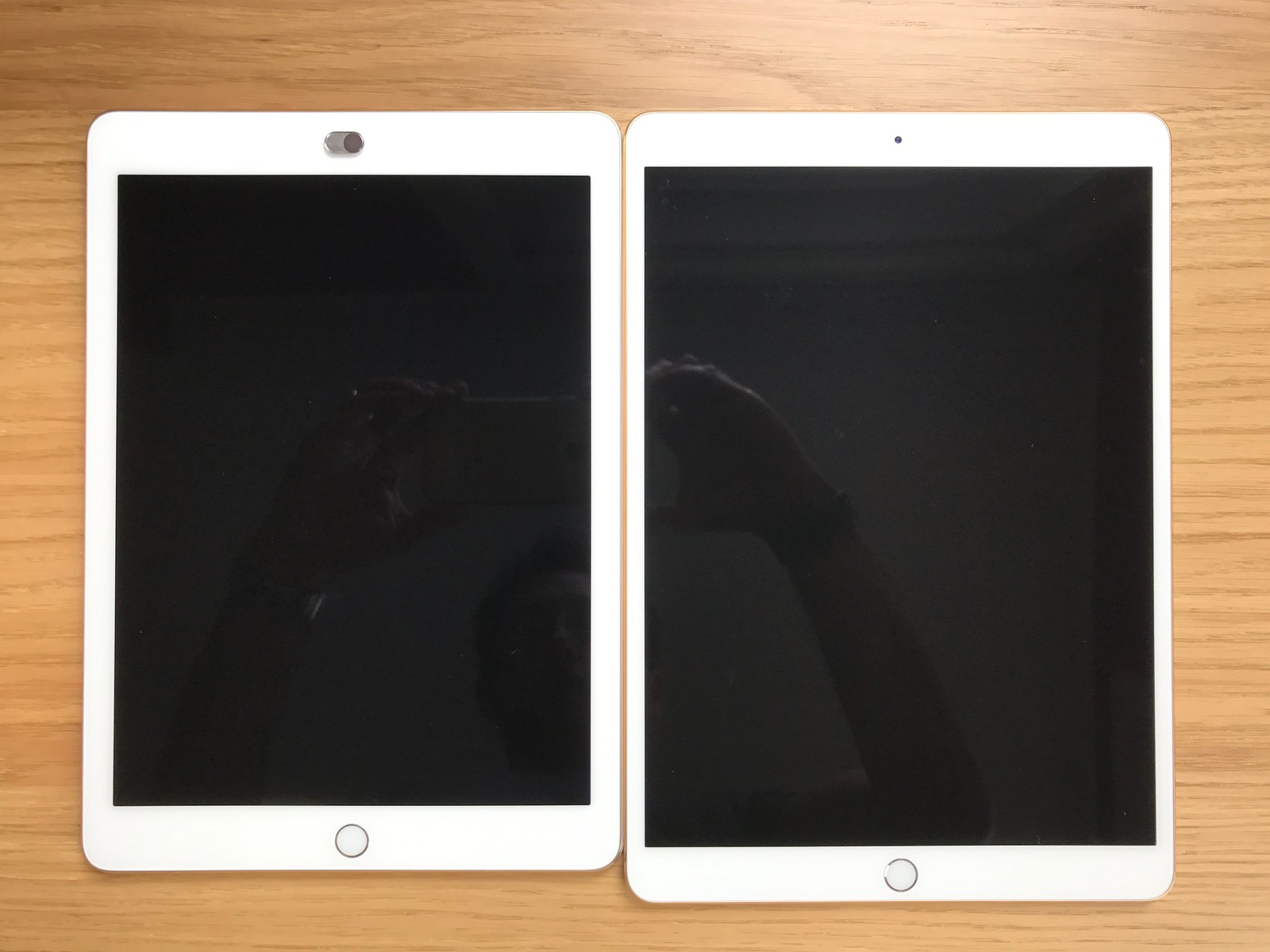 (I have a webcam privacy cover on the 9.7” model. It slides over when I want to use the FaceTime camera.)

The difference in width (in portrait orientation) is less pronounced, due to the bezel reduction.

Any difference in thickness, though, (and there is one) is barely distinguishable. 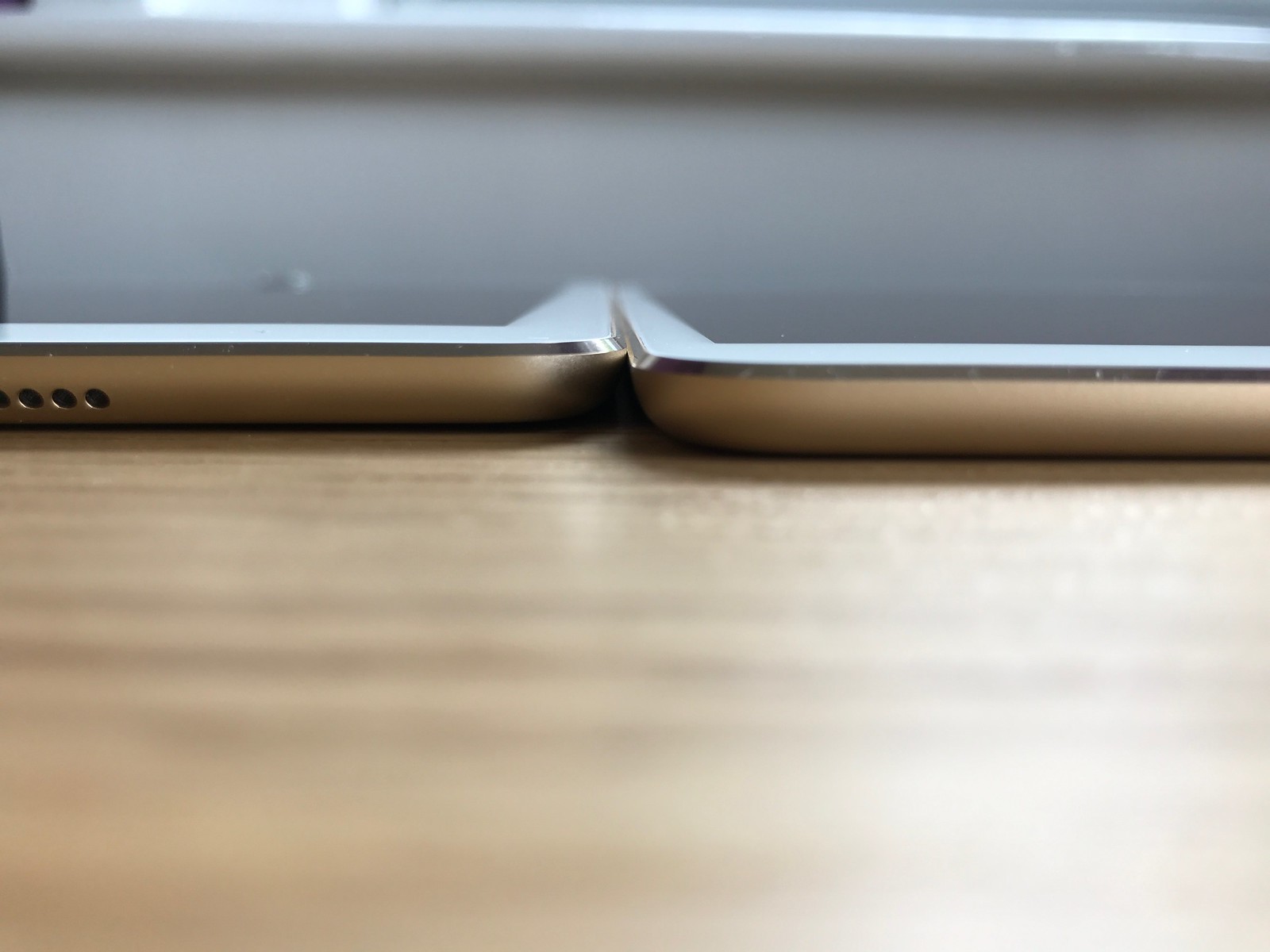 Lastly, the screen area is pleasingly more spacious, without the sparsity or leap in scale of the larger, 12.9” model. It’s also much nicer to hold, being essentially the same size and weight, but with a bigger active area to interact with. 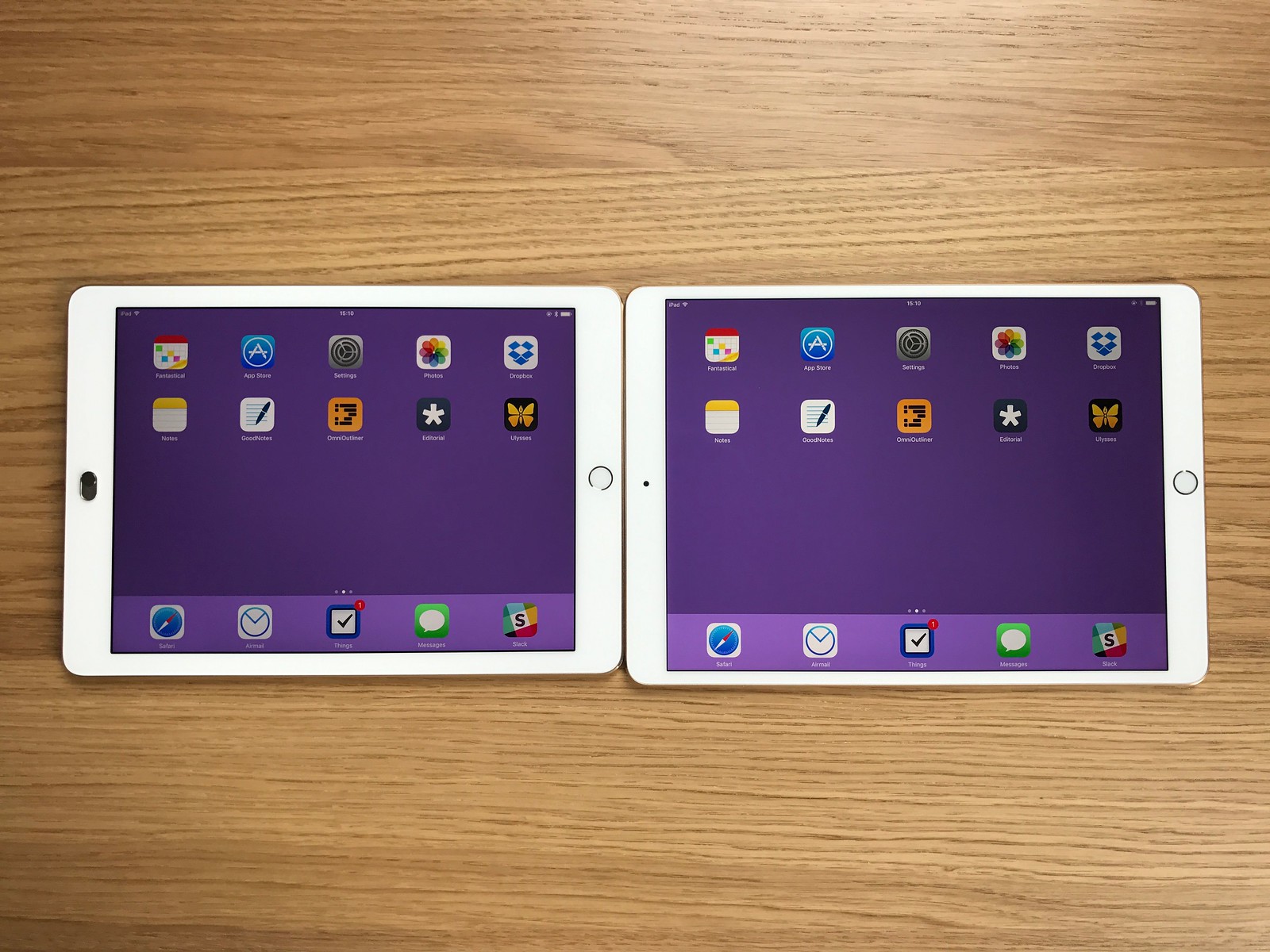 Beyond that, well… it’s an iPad Pro. iOS 11 later this year will really transform the experience of using it. Meantime, I’m getting on with my work. 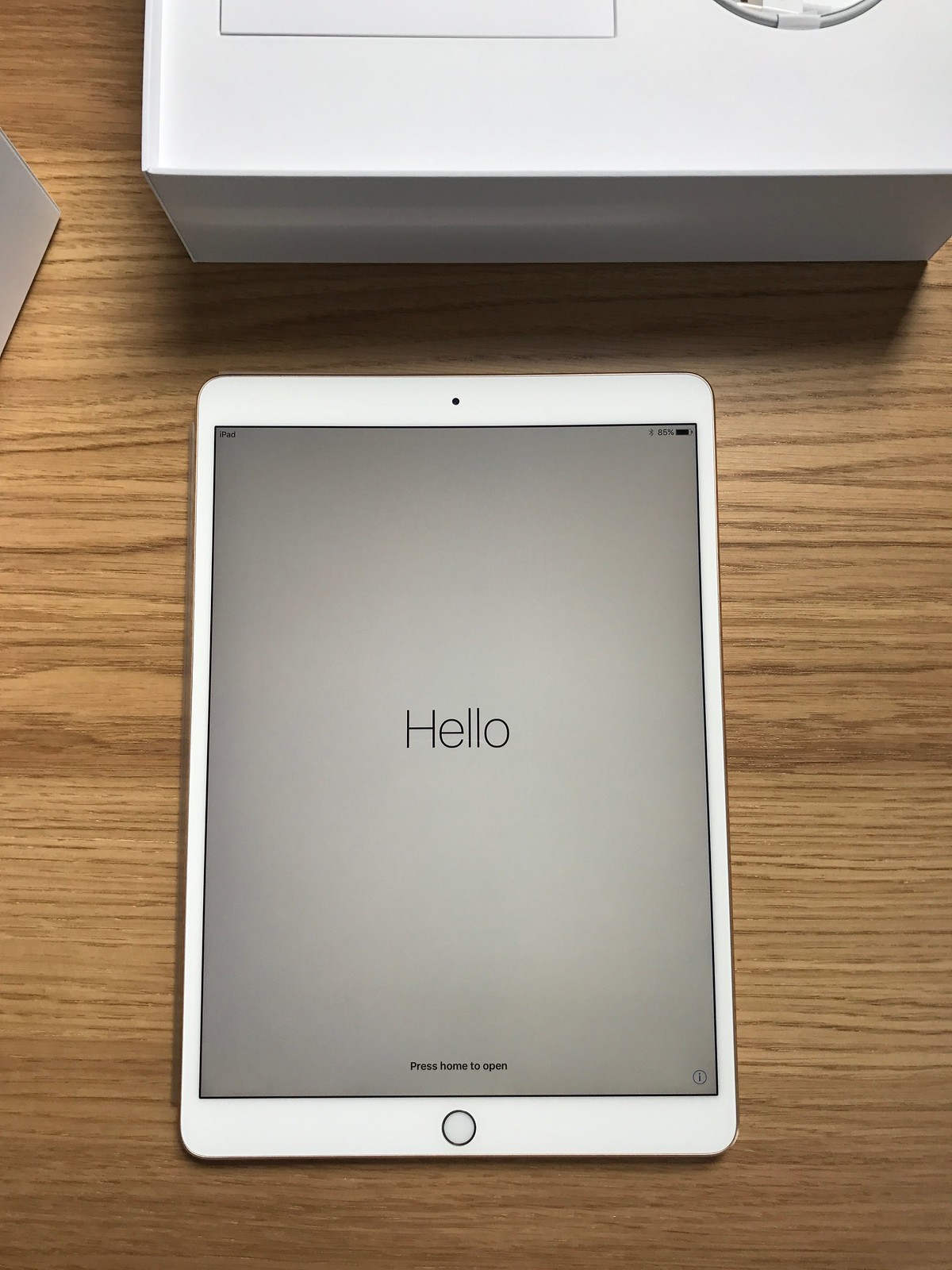