Ten years ago, almost to the minute, I walked into room F091 in Lilybank Gardens, the home of the Computing Science department at the University of Glasgow.

I was beginning a couple of months of summer research work in the Department, between the third and fourth years of my degree, and had just attended the initial planning meeting. I went to F091 to get settled in and begin work.

There were other students employed during that summer, and F091 was one of the assigned shared working spaces, so when I walked in, several of the machines in the room were already occupied.

It turned out that all the other students there were part of a single project group, focusing on new ways to teach Computing Science principles to schoolchildren. The project was led by Steve Strowes, a friend of mine from the year above me, and the others in the group were from the year below.

I sat down at a spare machine, logged in, and began my own work, occasionally overhearing the group’s conversations. I got talking to Steve during a quiet moment, and later to the rest of the group. I immediately noticed one of the two girls on the project team, I freely admit. We all went for lunch, and for the rest of that Summer, we worked together almost every day – including weekends.

We all quickly became friends, and spent many nights (probably too many, if that’s possible) drinking in the student union, various local pubs, each other’s flats, and so on. The girl disappeared for a family holiday for a couple of weeks near the beginning of the Summer, but then returned and was a permanent fixture afterwards.

I say a permanent fixture not just in terms of attendance at the lab, but also in my life. We got together three months later, and the rest is… you know. That’s my wife Lauren (@laurengemmell) and I, on holiday abroad somewhere in the early years of our relationship.

We got married two and a half years ago (there are some great photos of us through the years in that article, by the way), and Lauren is still very much my best friend.

She, of course, has aged substantially better than I have, for which I’m sure we’re both grateful. 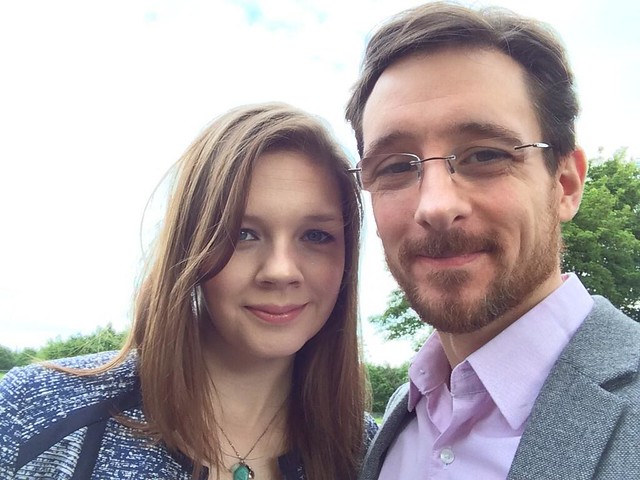 I just wanted to briefly memorialise this date, since it’s been sitting in my calendar for quite a while. It’s hard to believe it’s been a decade already.

I’d like to add a particular note of gratitude for her unfailing support during the last seven months, as I’ve transitioned from my previous career as a consultant software developer to writing full time. I’ve genuinely never been happier in my work than I am now, and my wife’s constant encouragement, enthusiasm and belief in me have been a huge part of that. 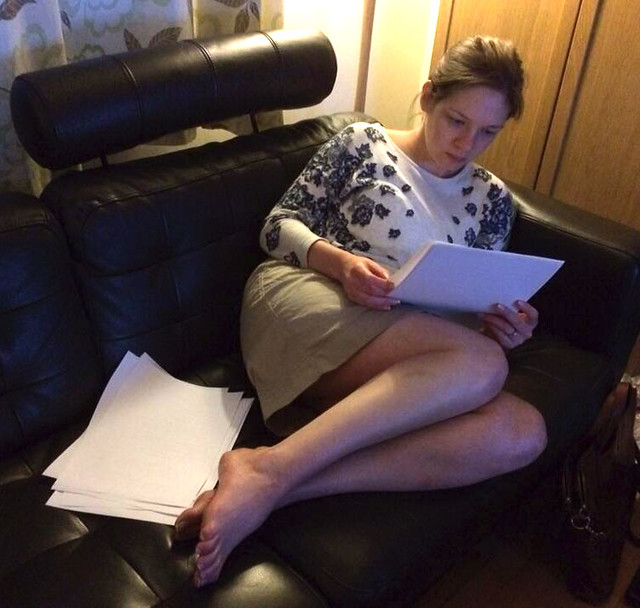 (There are few things more terrifying than your wife reading part of your novel’s manuscript, believe me.)

I can confidently say that we’re both very happy together. A large part of my identity is based on our relationship, and I’m truly her biggest fan (and my own, as ever). She inspires and impresses me every day, and I love her with everything that I am. 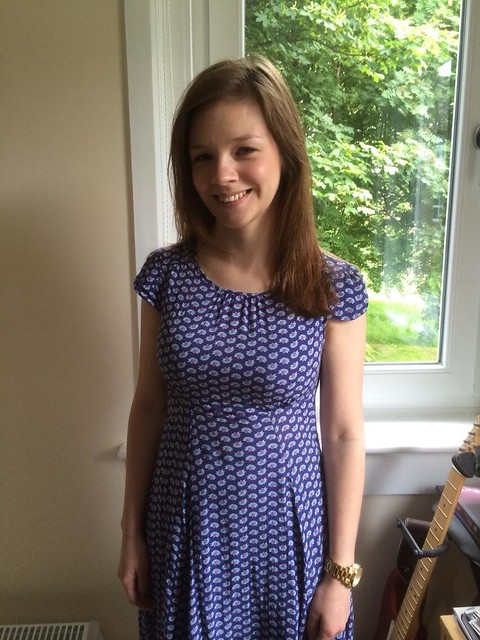 I’m extremely grateful to share my journey with my wonderful wife, and I’m looking forward to many, many more years ahead.