Version 13 of Ulysses was released today, and alongside other enhancements, it includes a feature I’ve wanted since I switched to the app for all my writing: coloured keywords.

Ulysses lets you assign keywords to each “sheet” (document, whether it’s a scene, chapter, or anything else), and you can also choose to display those keywords in the sheet list panel. Now that each keyword can have a colour assigned to it, there are lots of useful things you can do to get an overview of various aspects of your story. My favourite is tracking points of view: the character whose perspective a scene is written from.

Here’s an example, from part of TOLL, the upcoming sequel to CHANGER. 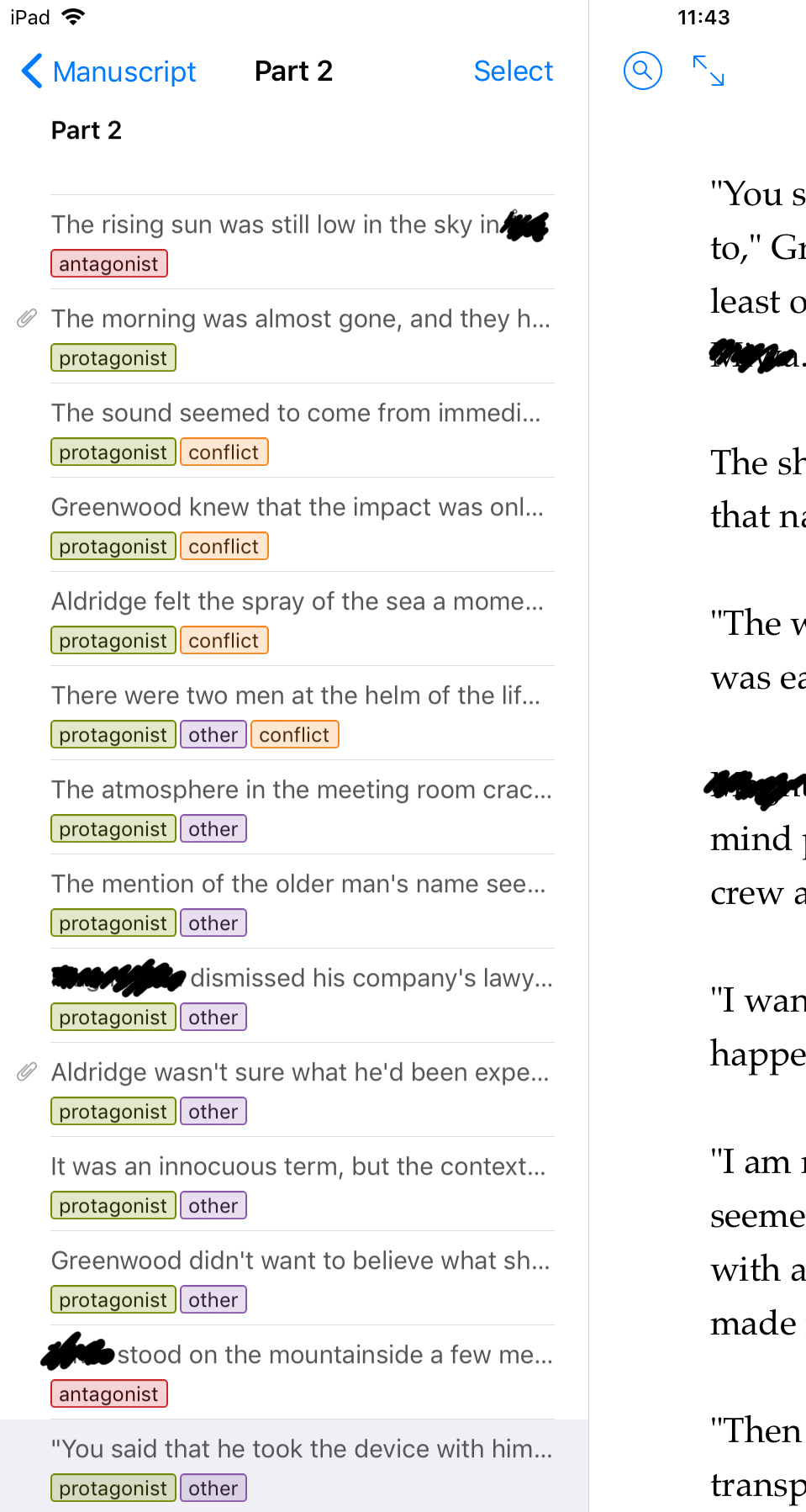 I use keywords to flag the protagonist and antagonist points of view, plus a mixed point of view where both are present in a scene. I also have an other keyword, to indicate the presence of each book’s major secondary characters. Finally, I use a conflict keyword to mark scenes where there’s amplified dramatic tension, including direct confrontation. With coloured keywords in the the sheet list, I can then very quickly get a sense of:

Another thing I recommend is using keywords to track major location-changes, and where the plot reveals happen. That’s all much easier if you have colours jumping out at you.

As ever, Ulysses has added the feature with a bare minimum of additional user interface, and without impact on existing functionality. It’s optional, and just enough of a tweak to be useful, but nothing that gets in the way. That’s a big part of what I love about the app.

(If you’re a Scrivener user, by the way, you’d use labels to do this instead.)

I hope you’ll find some of these ideas useful in your writing.