Each writer approaches a project differently, and there’s no right or wrong way to handle the huge task of managing tens of thousands of words, research material, background, and everything else that goes into the finished book.

Regardless of what writing app you use, you probably have access to folders or groups within the project for a novel. Ulysses and Scrivener certainly both offer that functionality. I’m a previous user of Scrivener (still extremely fond of it), and a current user of Ulysses — but this brief article applies to either of them. 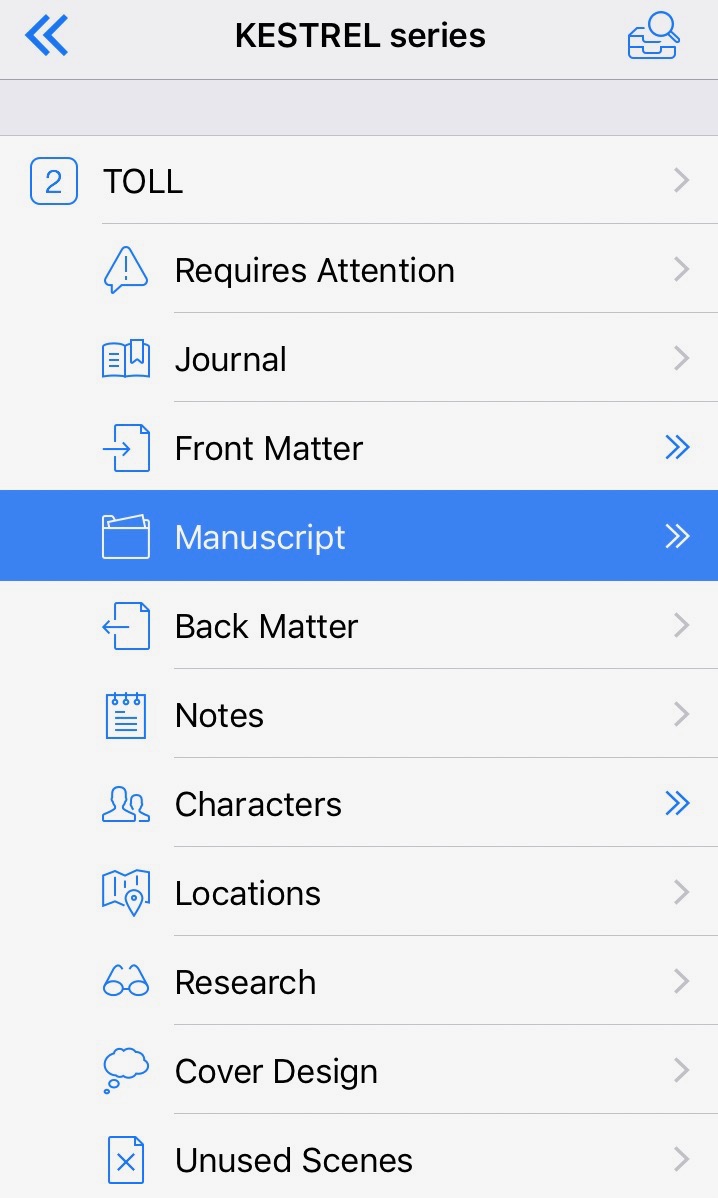 Here’s the system I used when writing CHANGER, and my other novels in progress. Perhaps it’ll be useful as a starting point for you, too.

Within each project, I have the following top-level groups:

You’ll want to make tweaks to this setup to suit your own working style, but I’ve found that it’s a good balance between project management, organising documents the way they’ll go into the final book, and keeping ancillary materials like research and reference resources close at hand.

If you’ve got your own long-form writing project structure to share, I’d love to hear about it via Twitter. Thanks for reading.