TaskPaper’s syntax is like the to-do list version of Markdown (about which I wrote a little book), and the app provides an augmented interface for the kind of plain-text lists we all make. It’s deceptively powerful, with projects, tasks, notes, and tags for anything you want: contexts, priorities, and more. All in beautiful text.

As an OmniFocus fan, I’ve created a TaskPaper theme to mimic its aesthetic; you can download the theme here. Themes are just Less-flavoured CSS, and you can read about creating TaskPaper themes here.

Here’s how it looks: 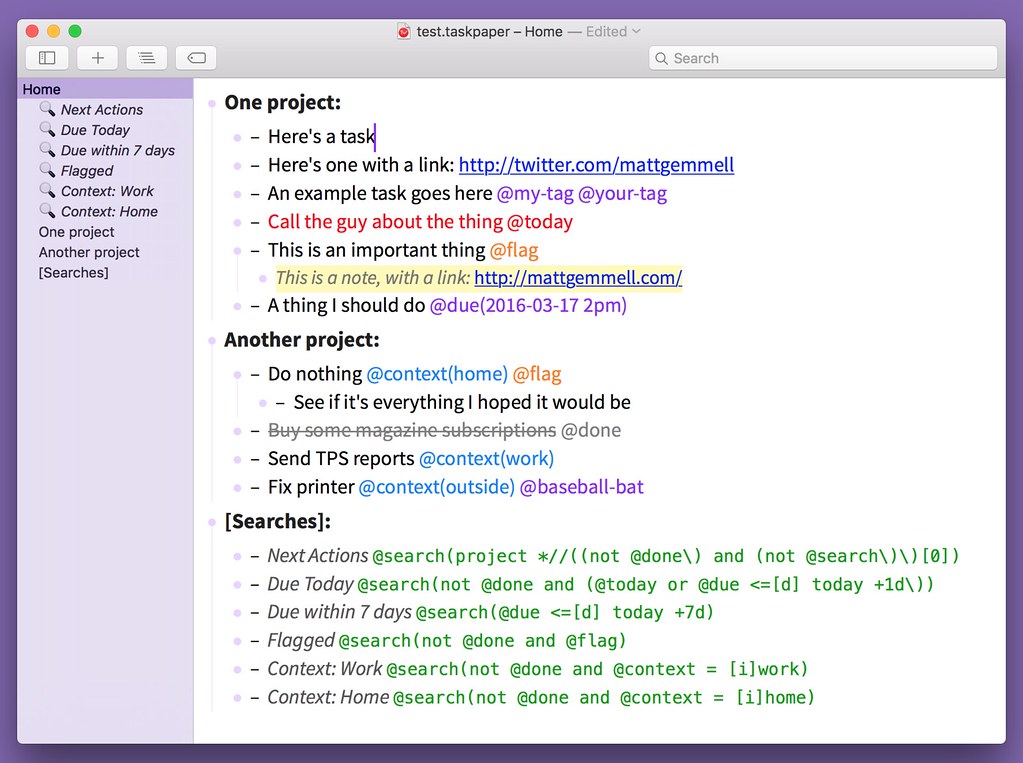 You might also want the sample file shown, since it includes saved queries to provide some OmniFocus-like functionality. You should also read about the power of TaskPaper’s queries, and automation and integration via JavaScript.

TaskPaper 3 for Mac is $25 plus tax. Since the files are plain text, you can also edit them with almost anything, including various apps on iOS, Windows, and Android.